Black Friday History: From the Traffic Jam to Great Investments

Why are we so obsessed with a shopping extravaganza? Whether you are a shopaholic or not, it is hard to resist all the discounts and sales on Black Friday. Here’s how it all started…

The whole world knows that the day after Thanksgiving, known as Black Friday, is reserved for shopping. But, WHY? It all started in the 1950s when hordes of people the day after Thanksgiving flooded into Philadelphia because of the big football game. There were so many people on the streets that police in the city weren’t able to take a day off. Not only that! They had to work extra-long shifts to deal with a crowd and traffic. To describe the traffic jam of that day, police said: “This Friday was black with traffic”.

Salespeople also used the term coined by police to describe the long lines and chaos they had to deal with on that day. The term spread slowly before it gained national attention in the early 1980s. Even though there were some suggestions for renaming this day into “Big Friday”, it stayed as a Black Friday because that was (and still is) the first day of the holiday season which means retails won’t be “in the red” anymore. 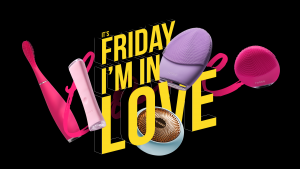 Set a budget and invest in quality

Retails won’t be in the red because of customers (meaning you), but that doesn’t mean you should go in the red on Black Friday. Instead, be a smart shopper. Set a budget and buy things that you really need. Smart shopping tips will save you money and your bank account will be “in the black”.

And what do you really need? You need ultra-quality things that are made to last, not break fast. You always need the investment, not just something that you’re going to forget in a month. If you’re seeking those kinds of things, then check out FOREO’s Black Friday deals. Get up to 50% off FOREO products and you better hurry up because goodies and your favorite devices are flying off the shelves.