The Criminal History of the Modern-Day Spa

A spa day is always a great idea, right? Wait ’till you find out about some of the weirdest, funniest and craziest moments in spa history.

In 1537, King Henry VIII proclaimed that anyone found relaxing in the waters of a public spa or hot springs would be apprehended and dragged, forthwith, to the Tower of London to be tortured.

A hundred years later, upper-class Europeans felt that dipping their entire bodies into thermal pools or spas was an act reserved for only the lowest of the lower class.

In 1843, across the pond, in Philadelphia, a law was passed that made it illegal to take a bath between November 1 and March 15. A couple years later, Boston outlawed slipping into a soothing, warm tub at all.

How it all started

Thankfully, unwinding in a tranquil hot springs, spa or thermal pool has not always been dampened by uptight lawmakers (who could have benefited greatly by ‘taking to the waters’ as they used to say).

The luxurious and healing practice of revitalizing the mind, body and soul in a natural hot spring has been a popular pastime for thousands of years. Ancient public baths have been unearthed everywhere from Japan to Europe to present-day America. Spas were revered not only as sacred sites in which to rejuvenate but also as society-leveling gathering places where commoner and lord, criminal and judge, baker and caliph could enjoy decompressing in the same curative waters, side by side. 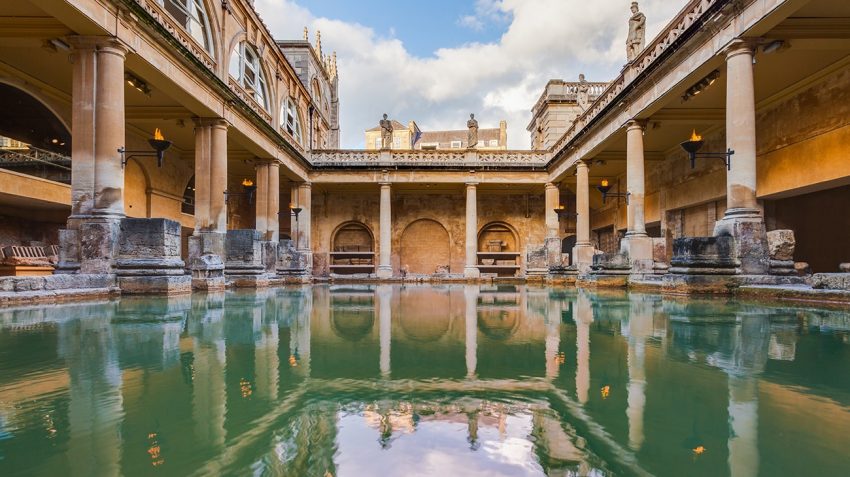 Though lavish, alabaster baths dating to the 2nd millennium BC have been excavated on Santorini and Crete, it was the Romans—fifteen hundred to two-thousand years later—that placed their famous public bathhouses at the center of society. The first in Rome to regularly employ the restorative powers of naturally warm spring waters were the empire’s soldiers. They discovered their battle-bruised, war-torn bodies would heal quicker with a daily soak. Also common at the pools were nobles recovering from the previous night’s overindulgences enjoyed at the emperor’s palace.

The evolution of spas

For thousands of years, the entire experience of taking to the waters was exactly that—a long, serene steep in thermal pools. There were no mud tubs, sea kelp wraps, Swedish massages or hot stone therapies associated with a visit to the spa.

All of that changed in the 1770s. A few renowned, Age-of-Enlightenment doctors began recommending that patients not only submerge themselves in the spa waters, but also hike to the springs’ fountainhead to sip from it. A few years later, a great many physicians had formulated their own sets of unique exercises to accompany the traditional spa experience, believing that an expanded menu of activities would increase the physical benefits and provide a fuller spa treatment. Soon, calisthenics, body conditioning and nutritious meals became de rigueur at every spa across Europe. 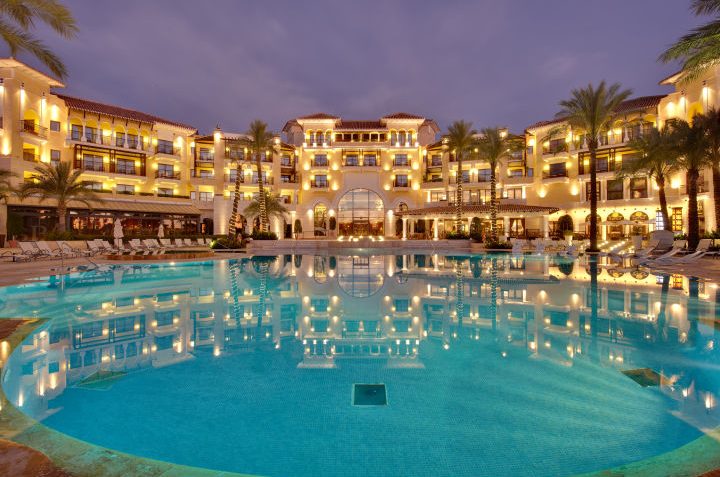 Spas today, of course, offer such a wide variety of wellness services, beauty treatments, dietary regimes and physical training programs that plunging into a natural hot spring is so far down the list of activities that spa-goers do not even consider it. Funny. Not so long ago, marinating peacefully in natural spring waters was the sole offering of every spa on earth.

The future of spas

Throughout history, spas have undergone their share of ups and downs. These current Covid times have thrust the industry into its biggest slump in the past fifty years. The past assures us, however, that spas will recover.

Until that day, we here at FOREO invite you to pick up a few of our spa-quality beauty products, reserve an at-home spa day for yourself and luxuriate in a watery, or non-watery, modern-day spa experience.

P.S. Some of you may be curious as to why King Henry VIII would outlaw the practice of bathing in a hot spring, thermal pool or holy well (as some public baths were called at the time). Hank the Eighth, if you didn’t know, was incredibly paranoid. He was convinced that his newly formed Church of England was being slandered—nefariously plotted against even!—by Catholics enjoying the serene, natural waters.

About the Author: vale