How to Throw Your Own Swedish Crayfish Party 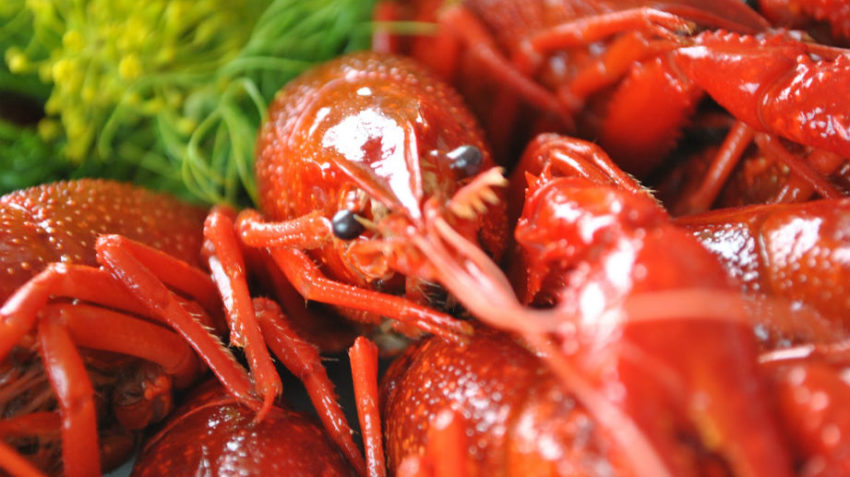 It’s August, which in Sweden means it’s time to eat crayfish. Actually, you can eat crayfish in Sweden year round, but this was not always so. After a devastating plague pushed Swedish crayfish to the brink of extinction, the government placed tight restrictions on crayfish harvesting in an effort to create sustainable fishing practices. They limited the season to a couple months a year, beginning the first Wednesday in August. Naturally, Swedes began celebrating the season with crayfish feasts.

In 1994, with the crayfish population recovered and most Swedes purchasing their crayfish imported from places like China, the US and Turkey, the government lifted the fishing restrictions – but by then, Crayfish Party, or kräftskiva as it’s known in Sweden, had already become a well-loved national pastime.

So aside from gorging yourself on crayfish, how does one celebrate Crayfish Party? Don’t worry, we’ve got you covered. Here’s how to host your own Crayfish Party, whether you’re in Stockholm, Tokyo or San Francisco.

The least expensive (and still delicious) option is to buy frozen pre-cooked crayfish, then wait for them to defrost. But if you want to splurge and spend more time in the kitchen, you can find an authentic Swedish recipe – complete with dill – here. If you’re a shellfish novice, we’ve also got a handy guide on how to extract the meat.

You’ll notice the Swedes prefer their crayfish served cold, so if that doesn’t sit well with the Americans in the crowd, feel free to steam the crayfish for your own American version of the festival. (We won’t tell the Swedes, we promise.)

Akvavit (aquavit) is the liquor of choice, imbibed as a “snap” –  a small shot of a strong alcoholic beverage taken during the course of a meal. Aquavit is distilled using a distinctive combination of herbs and spices, including carraway and a Swedish summer favorite, dill. This Swedish liquor is typically 40 percent ABV, which is why you’ll also need a sessionable Swedish lager to sip as a chaser.

If you can’t come by any aquavit, make your own snaps. Pick up a bottle (or ten, depending on how many guests you’re expecting) of Swedish vodka, and then infuse with your favorite flavors. Try a traditional mix with aniseed, fennel seeds, crown dill, caraway seeds, sugar, and lemon peel. Or experiment with other flavors, for example: apple, peach, honey and cinnamon sticks.

If you’re celebrating properly, you’ll need to precede every snap with a Swedish drinking song and an exclamation of skål (cheers). You can find lyrics to some of the most popular drinking songs here, or you can mimic the sounds of the Swedish around you and hope no one notices you have no idea what you’re doing (and by the third or fourth snap, they definitely won’t).

To soak up all the alcohol from those snaps, Swedes typically serve up plenty of carby sides, including västerbottensost (cheese), knäckebröd (rye crispbread), and the all-important västerbottensostpaj (cheese pie). If you’d like to attempt preparing your own västerbottensostpaj, you’ll need to pick up some västerbottensost – a hard cow’s milk cheese that tastes like a salty cross between cheddar and parmesan (but much tastier than either, if you ask a Swede). If you absolutely must substitute a different cheese, you’ll want to find a softer cheddar. Try this recipe to create your own.

The paper hats are absolutely essential – so we’ve included a printable cutout template for your convenience. Print on some sturdy paper, and assemble with elastic band and a stapler. Make knots at the ends of the elastic bands and staple them to the sides of the hat. Don with a silly bib and your appetite, and you’re on your way to a perfect end-of-summer Swedish fest.