Brushing Your Teeth Is Ruining Your Gums

Back in the days before modern medical science, our grandparents and great-grandparents struggled with gum recession, but that was mostly due to a lack of proper and consistent dental care, which led to gum disease (also called periodontal disease). Without enough brushing and flossing, bacteria builds up between the teeth and below the gum line. For most of modern human history, gum disease inevitably occurred as people aged, leading to gingivitis and tooth loss.

Things have changed with time and progress – we’re taught from a young age to take good care of our teeth. Earnest parents and primary school teachers use picture books, songs and toys to demonstrate how to use a toothbrush. Dentists apply sealants to eight year old molars as soon as they appear. Fluoride flows through our faucets and into our drinking water. 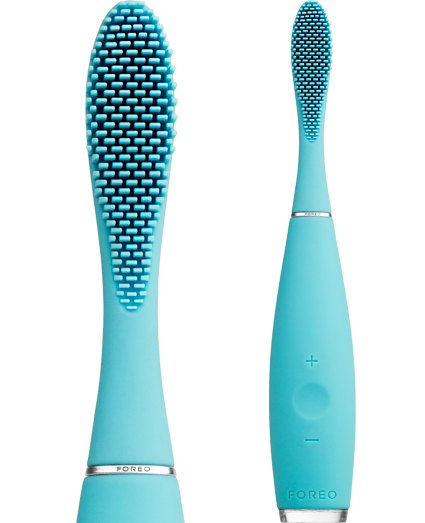 A smarter way to brush

So would you believe that too much of a good thing is actually causing damage to our teeth?

Nowadays, common knowledge dictates twice daily brushing and flossing as well as semi-annual professional cleanings. Unfortunately, many people fail to floss as often as they should, and tend to let far more than six months lapse before a trip to the dental hygienist. Still, brushing your teeth twice a day should be enough, right?

The truth of the matter is, it’s often the faithful brushers who are doing the most damage to their teeth by brushing too aggressively.

Dentists can’t quite agree on the correct technique for brushing, but they can agree that even with the advent of widespread dental care, or perhaps because of it, people are brushing their teeth too enthusiastically. When you brush your teeth applying too much force to the surface of the teeth, you wear away the surface enamel and gum line over time, which leads to receding gums, gingivitis and ultimately the same problems with gum disease and tooth loss that our ancestors faced with little to no knowledge of proper oral care habits. Even if your brushing techniques cause mild gum recession, exposing the roots of your tooth means increased sensitivity – so if you enjoy eating ice cream or drinking hot tea, that’s one more compelling reason to avoid over-brushing.

A safer way to brush

So how bad is the gum recession problem?

Overall, the nation’s oral health is still improving when compared with days gone by. A survey conducted by the CDC in 2005 showed a continued decline in periodontal disease among American adults and an associated reduction in tooth loss – a testament to the strides modern dentistry has made in the past 70 years.

On the other hand, we could be a lot better at caring for our gums. A study conducted in 2003 by the The Journal of the American Dental Association found that more than 50 percent of the population has one or more sites with gingival recession of 1 mm or more. (1 mm is a lot when you think about how big your gums are.)

A brighter way to brush

So what happens when gum recession gets bad?

You already know that gum recession can lead to increased sensitivity, gum disease and tooth loss. But modern dentistry offers solutions for those already suffering from severe gum recession.

Soft-tissue grafts offer one solution. Depending on what kind of gum recession you suffer from, your periodontist will remove skin from your palate, or the roof of your mouth, to graft – literally, stitch – the tissue to the area where the gum has been worn away. It’s not only painful to get stitches in your gums (as anyone who’s had oral surgery can tell you), but it’s also extremely costly – anywhere from 600 to 1,200 dollars per grafting site.

Before your gums get bad, practice prevention instead. The FOREO ISSA™ or ISSA™ mini are electric toothbrushes made from high grade, super hygienic silicone, ideal for gentle brushing, cleaning and massaging of your gums – their flexible, non-abrasive silicone bristles prevent the application of too much pressure on the gums, so you can brush and clean them without causing them any damage. And remember – nothing can replace flossing, so pick up a gentle floss and use it twice a day after brushing with your ISSA™ device. Your gums – and your teeth – will thank you for it.

A better way to brush

And remember – nothing can replace flossing, so pick up a gentle floss and use it twice a day after brushing with your ISSA™. Your gums – and your teeth – will thank you for it.