People have long searched for the fountain of youth—and some seem to have found it. In areas around the world known as “Blue Zones,” Okinawa, Japan; Sardinia, Italy; and Ikaria, Greece, the elders are spry and regularly live until 100. While it’s most likely a combination of factors that contributes to long life, diet determines about 30% of how long we live. So beyond healthy lifestyle practices, it could be that the secret to longevity is in our food. Here are some secret anti-aging ingredients from the Okinawa diet, Sardinian diet, and Ikaria diet that will help you live almost forever.

Even in ancient times, the Okinawan Islands were referred to as “the land of the immortals.” They eat a mostly plant-based diet with lots of seaweed, tofu, and sweet potato. The Okinawans even have an eating mantra: hara hachi bu, which means eat until you are 8/10th of the way full. 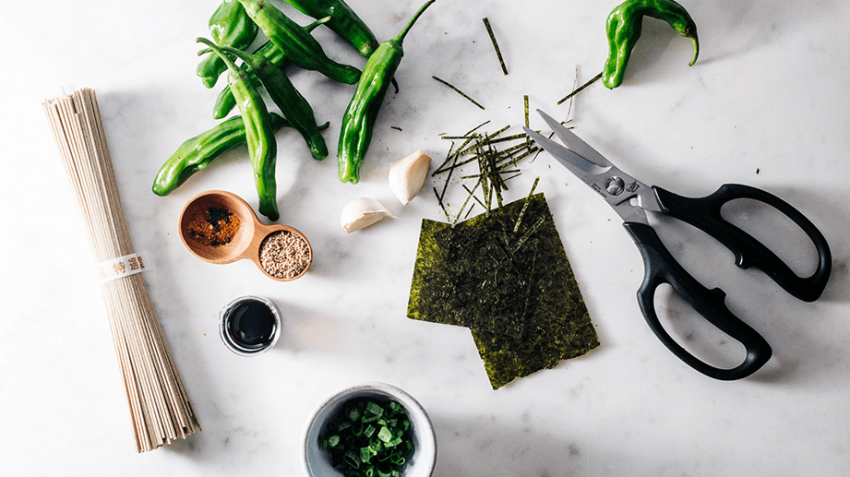 Not only is seaweed full of good things like iron and calcium, it also contains strong antioxidants that are found only in sea plants. Beyond being a yummy ingredient in miso soup, seaweed is used for anti-aging products and is also found in popular creams like La Mer’s famously expensive skincare cream.

Cousin to our orange sweet potato, the purple Okinawan sweet potato is one of the healthiest foods in the world. It contains a plethora of nutrients like flavonoids, carotenoids, Vitamin E, lycopene, and anti-aging antioxidants called sporamin.

While you’ll find green tea in the rest of Japan, in Okinawa, turmeric tea is a big part of their diet. Research shows the spice is an anti-inflammatory superhero: it boosts collagen (perfect for beautiful skin) and alleviates symptoms of arthritis, Alzheimer’s, and digestive inflammation.

Okinawans regularly eat tofu instead of meat. Tofu is a white block of soybean curd that’s high in protein. People who choose soy-based products over meat have lower cholesterol and triglyceride levels, which means a lower risk of heart disease. Though it’s hard to say no to a juicy steak, this might make us reconsider meatless mondays.

We’ve always dreamed of moving to a remote town in Italy à la Under the Tuscan Sun, and once we found out about the food, we love the idea even more! Sardinian cuisine is built around cheese, wine, and bread (hallelujah), but these aren’t the same varieties found at your neighborhood Olive Garden. Local ingredients grown on the island add anti-aging properties to these delicacies. 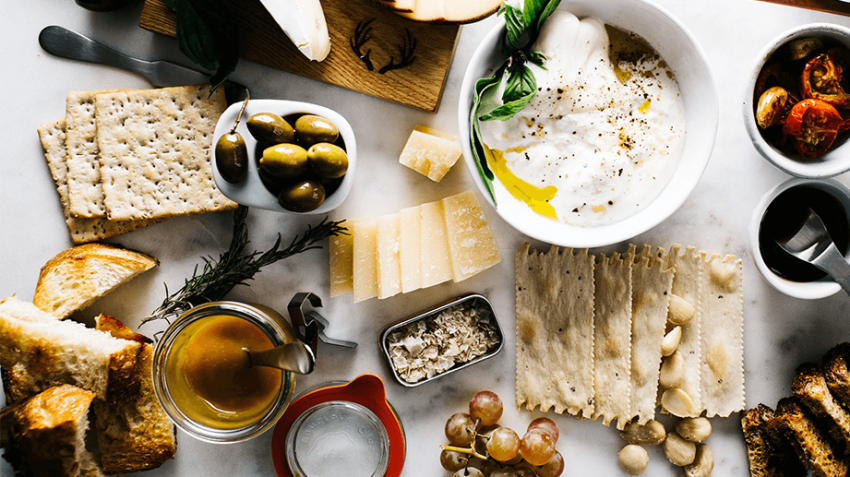 Locals drink three to four small glasses of this indigenous drink, made from 99% Sardinian grenache grapes. Almost every local, from the farmer to the baker, has a small plot of land to grow grapes and make their own Cannonau wine. In moderation, wine can be a healthy indulgence, and a great addition to your diet, since it prompts the body to absorb more flavonoids (a type of antioxidant). We’ll take this as proof that our one-glass-a-night habit is totally good for us.

The Sardinians use live lactobacilli rather than yeast to make the sourdough rise. During this process, the sugar is converted into lactic acid, which lowers the bread’s glycemic score, making it the perfect indulgence for those who are trying to keep their blood sugar down.

More bread? We’ll take it! This high-protein bread can last up to a year and has a low-to-medium glycemic score, which means it won’t raise blood sugar. Looks like you don’t need to kick out ALL bread from your diet!

Almost all of the Blue Zone diets consume small amounts of dairy. In Sardinia (and also in Ikaria), the locals consume dairy made from goat’s milk. This drink has less lactose, which makes it easier to digest and it doesn’t contain the unwanted hormones or antibiotics that are usually found in cow’s milk. As an added bonus, goat’s milk also boosts serotonin (a mood-stabilizing chemical in the body), which helps fight depression.

On this tiny island in the middle of the Mediterranean, 1 in 3 people make it past their 90th birthday. This is partially thanks to an unprocessed diet that consists of organic produce picked from their gardens, and an abundance of beans, bread, goat’s milk, and red wine. 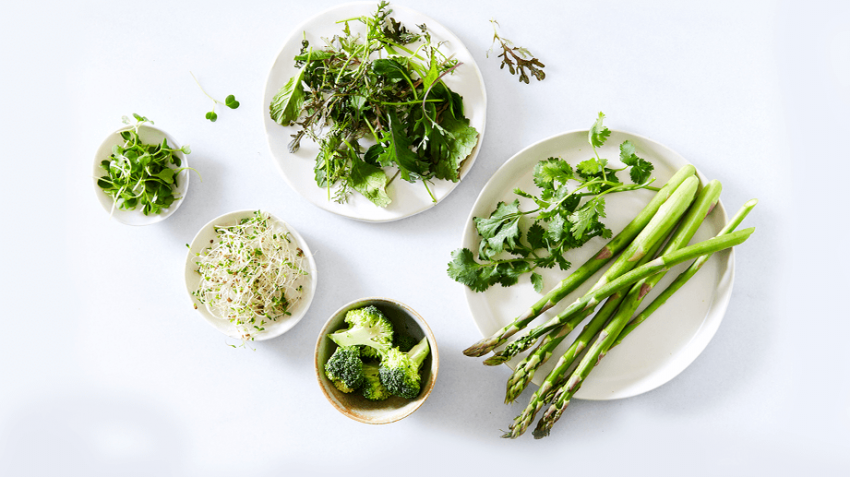 On Ikaria, many locals still forage for food, looking for things like nettles, thistles, wild asparagus, and more. These edible weeds are eaten alone or cooked into the isle’s savory dishes, like pie, stew, and salad. Some of these wild greens have more than 10x the antioxidants than red wine.

Another common go-to green for the Sardinians? The dandelion. Yes, the common garden weed that we discard is cooked with olive oil and lemon into a delicious side dish called horta. This unsuspecting superfood helps cleanse the liver, build bone strength, produce insulin, and flush out the kidneys—proof that you don’t have to go far or spend a lot of money to find healthy food.

Wild herbs are also used in Ikarian medicine. The locals drink sage and honey tea when they feel a cold coming on and chamomile tea for insomnia. These teas are mild diuretics, which help relieve hypertension and ward off heart disease.

The Ikarians fill their recipes with vitamin-, mineral-, and antioxidant-filled chickpeas and lentils. These legumes add fiber and healthy protein to the Ikarian diet.

This popular ingredient is filled with fat that’s actually good for you. The monounsaturated fat found in olive oil lowers cholesterol and controls insulin levels. So pour yourself a glass of Cannonau wine, break out the sourdough bread to dip in this beloved oil.