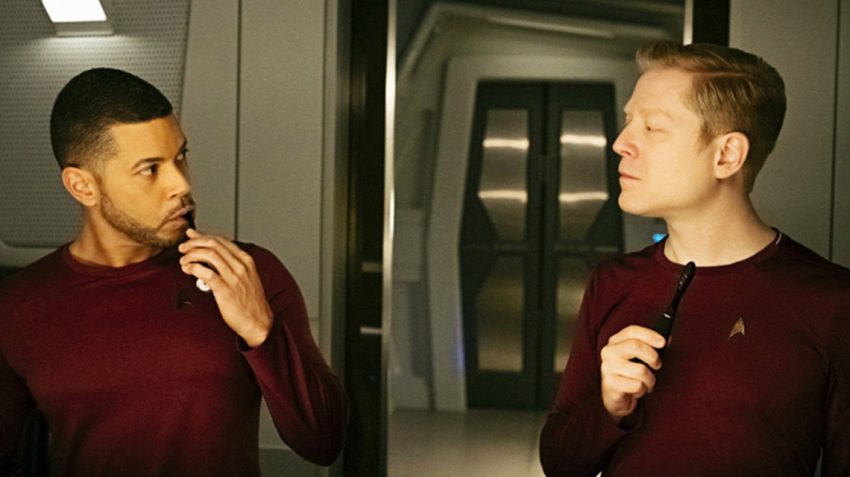 FOREO fans will recognise something familiar in the latest episode!

(Spoilers ahead – you’ve been warned!)

Episode 5 of Star Trek Discovery (“Choose Your Pain”) held a lot of bombshells for fans of the reboot – the very first use of the ‘f’ word by Tilly, confirmation that Lt. Paul Stamets (Anthony Rapp) and Dr. Hugh Colber (Wilson Cruz) are in a relationship, and some evidence pointing toward a major Mirror Universe plot line.

We won’t get too deep into the episode (because spoilers) but we did want to point out what we thought was one of the coolest parts of the episode: a cameo by two ISSA toothbrushes!

During the final scene wherein we see Stamets and Colber brush their teeth in matching pajamas – another (adorable) boundary for the series to cross – using none other than black ISSA toothbrushes.

In an interview with Indiewire, Rapp explains that:

“Our notion is that it probably emits some sort of sonic pulse or laser thing. You don’t have to brush the same way. That it would just be you hold in your mouth and it just kind of cleans your teeth for you. That was the idea that we had with it. It was fun.”

We’ve already perfected sonic cleansing in our ISSA range, but the idea of one day achieving laser-based dental hygiene technology in the comfort of your own home is definitely an exciting concept for the drawing board!

The trademark holders are not affiliated with FOREO, and do not sponsor or endorse this post or FOREO products. Originally from Vancouver, Canada, Lane Baumeister is a staunch proponent of the em-dash and made-for-TV movies.