A Brush with Destiny: ISSA and the Quest for the Perfect Electric Toothbrush 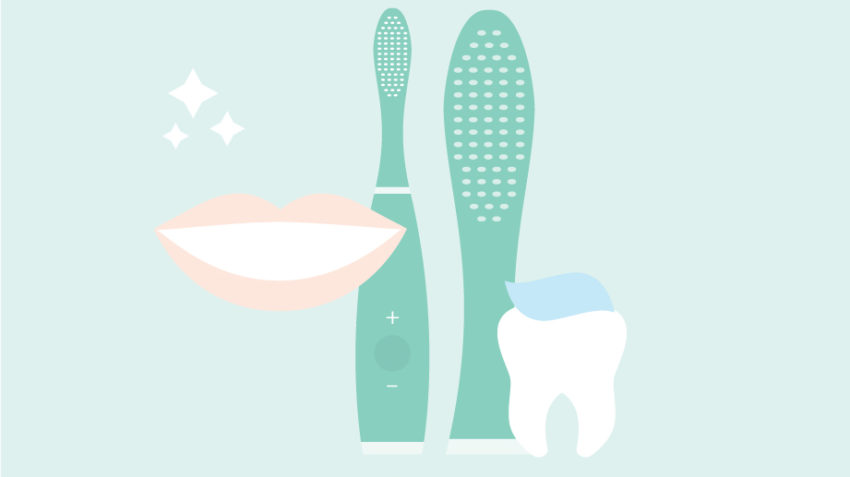 For all of the amazingly complex and intuitive functions of the human body, teeth seem like something of an oversight. Think about it: Our stomachs safely contain acid that is strong enough to easily dissolve zinc. Our kidneys each contain approximately 1 million individual filters. Our bones are stronger than concrete when it comes to supporting weight.

And then there’s our teeth.

Unlike the teeth of certain other animals (rodents, for example), human teeth don’t continue to grow and replace themselves. Instead, after our initial set is replaced during early preadolescence, we find ourselves having to make do with the same 32 teeth for the rest of our lives. That might not be such a bad prospect, if it weren’t for that fact that our teeth are constantly biting, grinding, and mashing into each other and whatever else we decide to chew on, in a violent frenzy that seems perfectly suited towards cracking and chipping away at them. And teeth aren’t simply boney protrusions, either; they’re hollow, nerve-filled timebombs of pain, just waiting for something to go wrong. This continual wear and tear, combined with teeth’s propensity to develop cavities, results in a national dental cost of about $111 billion every year.

Given their inherent frailness, it just doesn’t seem as though most teeth have a very good chance of lasting throughout an entire lifetime. As such, if you want your teeth to be able to take care of you throughout the eight or so decades you’re using them, you need to do your part to take care of them.

In order to maintain a healthy set of chompers, the best thing that you can do is regularly brush your teeth. You see, when you eat food—particularly food that is high in carbohydrates, such as bread, cake, candy, cereal, milk, soda, or even fruit—some of the particles of that food remain on and between your teeth. Over time, the bacteria and saliva in your mouth combine with these particles, and form plaque. As plaque builds up on and around the teeth, its natural acidity begins to dissolve the teeth. Likewise, gums that are not regularly brushed and flossed can develop gum disease, which causes the gums to recede from the teeth, exposing the roots to possible infection. If left untreated, this can lead to serious problems with cavities and even tooth loss. Thankfully, proper brushing (along with regular flossing and cleaning-visits to the dentist) drastically decreases the likelihood of tooth-related health problems. That having been said, there’s a difference between brushing, and brushing right. Improper brushing techniques are often ineffective at best, and may even cause harm to the teeth they’re supposed to be protecting. At the same time, conventional toothbrushes are often inflexible and awkward to hold, and have a difficult time reaching all of the tooth-surfaces that need to be cleaned. They also require more work on the part of the user in order to be effective, leading users to spend less time brushing, or to skip brushing sessions entirely.

In answer to these issues, the electric toothbrush was developed. Electric toothbrushes have many advantages over their more-traditional cousins, several of which we’d like to address here:

When it was first introduced, the electric toothbrush was a big step in the direction of improved oral health, but it wasn’t perfect. The problem is that many of its original failings are still prevalent in modern designs. As a result, those who make the switch to certain electric toothbrushes still aren’t getting the level of oral cleanliness that they could.

ISSA aims to change all of that

ISSA is a progressive new type of electric toothbrush, with a number of revolutionary features that make cleaning and maintaining teeth an easy—yet effective—task. What is it that sets ISSA apart from other electric toothbrushes? Let’s take a look:

Additionally, ISSA brush heads come in a variety of styles. So, whether you want something gentle, intense, or even something specially suited to cleaning your tongue, ISSA has you covered.

Something to Smile About

Teeth yellow. Teeth wear down. Teeth break. But they don’t have to. Gingivitis and tooth decay are nearly 100% preventable, which means that as long as you are doing your part to protect your teeth, then you’ll be able to enjoy strong, good looking teeth for decades to come. However, protecting your teeth means more than just passing a brush across them for a few seconds two times per day. In order to retain and maintain good oral health, you need to be willing to change unhealthy habits, practise proper brushing technique, and select a toothbrush that will clean without causing further damage.

Take control of the future of your teeth. ISSA makes it easy to achieve a flawlessly polished smile, and to do so more gently and hygienically than any other toothbrush on the market.

Teeth aren’t perfect, but your toothbrush should be. And, with ISSA to protect your mouth, you’ll really have something to smile about.

For great tips on how to get kids to enjoy brushing their teeth, click here.