Single Green Female: How One Girl Is Fighting the Tide

Meet Kilikya and The SEA LIFE Trust, a member of FOREO’s Board of Ocean Conservation charity partners

It’s rough out there for a single green female – lady sea turtles, that is. Our friend Kilikya has it especially rough. No, she’s not named after a Game of Thrones character (actually, she’s named after the place in Turkey where she was discovered, injured and tangled in a fishing line). She’s not the Mother of Dragons, but due to climate change and the rapid transformation of our environment, we can make some predictions about her offspring…

Sea turtles (along with crocodiles, alligators and certain species of lizards) have evolved a unique reproductive quirk: their babies’ genders are temperature-dependent. Turtles crawl to the beach and dig holes to lay their eggs in. There the eggs incubate until hatching and then, in an adorable display of the Circle of Life at work, they crawl to the sea en masse for their very first swim. 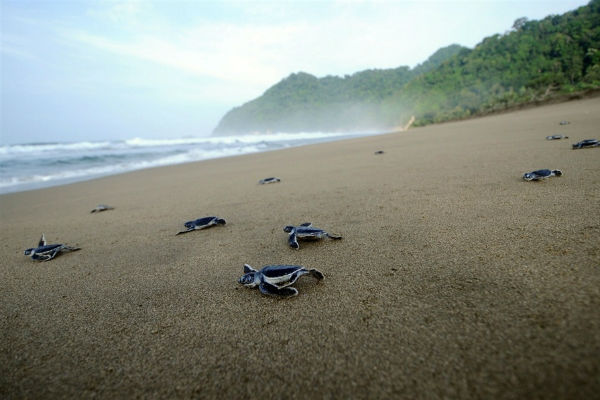 But here’s the thing: not all sea turtles are incubated equally. In years where the temperature is a bit warmer (or darker sand on beaches lead to the absorption of more heat), more female turtles are born. If temps are a tad lower (or the beaches a tad whiter to reflect heat), more male turtles are born. The optimal temperature for achieving an ideal gender balance is 29 degrees Celsius (84.2 degrees Fahrenheit). An increase of only two degrees Celsius means the incubation exclusively of female hatchlings.

All you need is a simple Biology 101 lesson to know that spells doom for sea turtles. And unlike the fictional world of Jurassic Park’s entirely female dino population, life does not simply “find a way”. Unfortunately, as so many times throughout the course of history has shown, life – in this case, sea turtles – goes extinct.

Unfortunately a global warming-induced gender imbalance is only one of the dangers turtles like our Kilikya face. Fortunately, The SEA LIFE Trust is working hard to build a brighter (but not hotter) future. 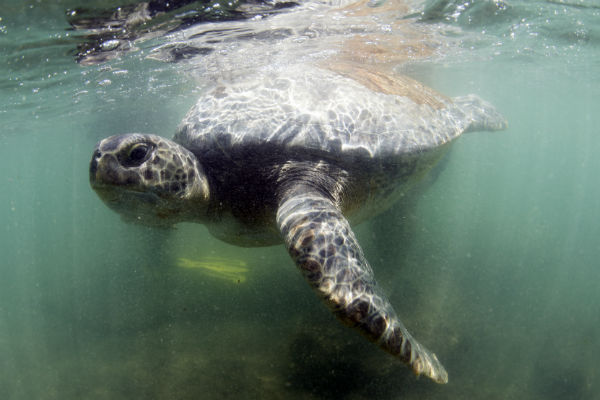 Kilikya, or you can call her by her Latin name, Chelonia mydas. (She doesn’t respond to that either.)

Kilikya, a green turtle, is member of a species that is already endangered, in large part due to human activity. As ocean environments and coastal habitats are increasingly threatened by tourism, industrial development, commercial fishing and climate change, turtles like Kilikya are rarer and rarer. Kilikya is only one example of how our modern world is pushing sea turtle populations (and a host of other living things that call the ocean home) to the brink of extinction. Happily, she’s also an example of the good that humans can do to undo the harm that we’ve already done.

When Kilikya was found in June 2012, she was tangled in a fishing net. With her right flipper injured and an intestinal infection, she was unable to dive properly, which, as you would imagine, is a critical skill for a sea turtle to master. Plus, when sea turtles like Kilikya spend their time too close to the surface, they’re more vulnerable to run-ins with commercial fishing boats and nets as well as holidayers in speedboats or on jet skis. Kilikya was one of the lucky ones, though, because she was rescued.

Kilikya arrived at SEA LIFE Istanbul’s rehabilitation center in February of 2013. At her new home, she hung out under sun lamps to get her daily dose of vitamin D (sea turtles don’t need sunscreen). She ate calcium and vitamin B and C supplements in her meals of sea grass, broccoli, spinach and lettuce (Kilikya’s species, green turtles, are strictly vegetarians). She gained fifteen and a half pounds (seven kilograms) during her two years in SEA LIFE Istanbul’s care – that’s a lot for a sea turtle.

By May 2015, Kilikya was ready to go home. She was hefty, healthy and tagged for tracking – by using satellite technology to track Kilikya’s progress and whereabouts, SEA LIFE could not only ensure her personal safety, but also learn more about green turtles like Kilikya to do an even better job protecting them and their marine environments in the future. 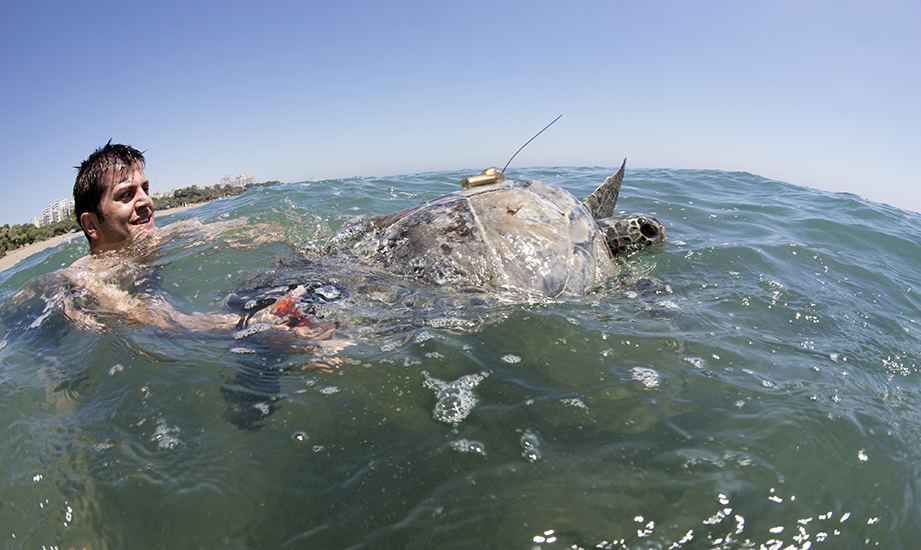 Kilikya with her tracking device, ready to swim!

In a very real demonstration of the dangers that sea turtles face, barely a month had passed before Kilikya was once again injured. Even though her tag had shown her making dives of over 120 feet deep (37 meters), while resting near the surface, she was struck – probably by a passing speedboat or jet ski. Thanks to the tracking information, rescuers could recover her and bring her back to the rehabilitation center. Although her wounds are not fatal, for Kilikya, her health and her devoted caretakers at SEA LIFE Istanbul, this accident means two steps forward, one step back.

Kilikya’s story is just one small part of a much larger story. The seven species of sea turtles are nearly all endangered, some critically so. It’s always bad when humanity is responsible for the extinction of yet another species – beyond the guilt we experience over destruction of the planet, eliminating any part of the food web destroys the delicate balance nature not just hangs in, but depends on to function properly, allowing us humans to survive, too.

Sea turtles in particular are a crucial component of the food web. The various species of sea turtles are what are known as keystone species, meaning that sea turtles help determine what other species, and in what numbers, make up a community. Extinction of a keystone species can result in dramatic changes, causing a cascade of effects throughout an entire ecosystem.

These days, it’s not easy being a sea turtle: illegal trade in goods made from turtles and the consumption of turtles are still common phenomena in many parts of the world. In particular commercial fishing poses a huge threat to sea turtle populations as they regular become ensnared and die in fishing nets. Then there are the increasingly alarming effects of climate change – indeed, human development impinges upon sea turtles’ home environments, including thousands of beaches and seas around the world.

What SEA LIFE Is Doing to Help

The people over at The SEA LIFE Trust are pretty darn busy: they’re a registered charity focused on protecting marine wildlife and habitats across the world. They develop and support projects to support marine protected areas, promote sustainable seafood choices and reduce plastic pollution. Kilikya is only one of their many happy wards – although if The SEA LIFE Trust’s work is really to achieve their ultimate goals, hopefully someday the many SEA LIFE aquariums around the world like Kilikya’s home in Turkey will no longer have to adopt and rehabilitate sea turtles. In the meantime, though, we (and Kilikya) are really glad they are.

4 Things You Can Do to Save Sea Turtles

In the summer of 2015, FOREO donated the net proceeds of FOREO’s Save The Sea Limited Edition LUNA™ mini to FOREO’s Board of Ocean Conservation charity partners, The SEA LIFE Trust and GreenWave, raising the awareness and funds they need to help protect and preserve our oceans.