It’s time to get up close and personal with your favorite toothbrush range – ISSA (obviously)!

Twice is nice, but third time’s a charm. With the launch of FOREO’s latest and greatest toothbrush, ISSA 3, we’re sure you’re wondering exactly what makes it so charming?

Both ISSA 2 and ISSA 3 feature beautifully innovative hybrid brush head that combine soft, ultra-hygienic medical-grade silicone & PBT polymer bristles. But, unlike its predecessor, ISSA 3 has an improved version of the brush head – ISSA Hybrid Wave. The innovative brush head has been re-engineered with extra-durable bristles that are 2x stronger for reduced breakage. That means they last even longer for ultimate gum protection!

ISSA 3’s new bounce-back bristles are also ultra-flexible. They move like soft & gentle waves over teeth & gums while sonic pulses ripple through them, to gently yet effectively sweep away food particles & bacteria. Besides that, the new slim-fit design ensures you can reach each nook and cranny of your mouth, while still covering teeth and gums in one stroke. 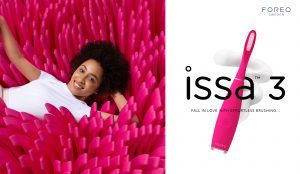 If you ask anyone who owns an ISSA 2 which feature was a game-changer in their oral care routine, most of them will tell you: gentleness on gums and insane battery life. So you know FOREO would be crazy not to include these in ISSA 3.

Just like ISSA 2, ISSA 3 lasts for up to 365 days on one USB charge. But that’s not all! ISSA 3 has a new feature – a low-battery indicator light on its base that flashes red to let you know it’s time for a quick 2-hour charge. In that way, you’ll never run out of battery mid-brush again! 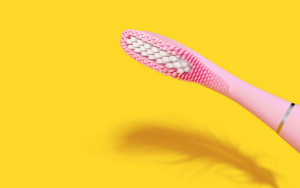 In addition to this, just like ISSA 2, ISSA 3 offers a whopping 16 speeds of Sonic Pulse technology for the most customizable brushing experience available. However for it’s latest generation, FOREO has adapted the pulsations to be even softer for ultra-comfortable handling – providing the smoothest brushing experience yet.

If you are a more visual type of person, here is a shortlist of all the differences between ISSA 3 and ISSA 2: 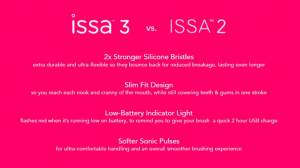 And don’t forget – both ISSA 3 and ISSA 2 offer 4-in-1 complete oral care for teeth, gums, cheeks & tongue, are 100% waterproof, feature 11,000 sonic pulses per minute, have a travel lock feature, can be used with any ISSA brush head or attachment, and come with a 2-year warranty.

The choice between these two revolutionary oral-care devices is all yours. And to help you choose here’s one piece of advice: whichever you pick – ISSA 3 or ISSA 2 – your teeth & gums win a lottery!