TRIAL of The Fake LUNAs

Being a pioneer of advanced beauty technology is a flattering position that comes with numerous responsibilities, such as inspiring others to be better… but it also means dealing with low-quality copycats. For the last 12 months, FOREO was on trial against Kingdom Zhuhai Company because their product was a little too similar to the LUNA range. How this saga ended, you can find out below.

Fake it ’till you make it? Or maybe not?

After a really, really long legal fight (a 24-month Intellectual Property court proceeding and 12 month trial), the court found the Kingdom Zhuhai Company guilty of infringing FOREO’s LUNA design patent with its own KD308 product. Which basically means that they got called out for being copycats! The court ruled in favor of FOREO and made history as it awarded a compensation payout for economic losses and reasonable expenses of 3,000,000 RMB (around 450,000 USD) –  aka the largest court ruled payout for design infringement in a Shanghai Court’s history.

Final outcome? The Kingdom Zhuhai Company was ordered to pay the compensation and stop infringing FOREO’s design patent ASAP. The Kingdom Zhuhai’s version of LUNA (KD308) was mostly sold on online e-commerce platforms (Alibaba and Tianmao) and made them an excess of  35 million RMB.

Take a look at what FOREO’s CEO had to say about the whole fiasco in this quote below:

While this judgment is a great victory for FOREO, the important fact remains that Chinese courts are waging war on counterfeiting in its own backyard and it’s working. We are truly grateful for the great support of the China legal system, not solely in Shanghai and this case exclusively, but all over China where the legal system is supporting change and traps the reason for trade war in China generally. – Filip Sedic, CEO & founder of FOREO

One LUNA is sold every three minutes

Despite the counterfeit, FOREO’s stance in China remains strong as it heads towards the busiest retail period of the year, with sales expected to reach 100’s of millions by the end of it. In fact, the demand and awareness of the LUNA range is so great that FOREO was second to iPhone only in Singles Day sales last year, generating sales of 100 million RMB in a day. 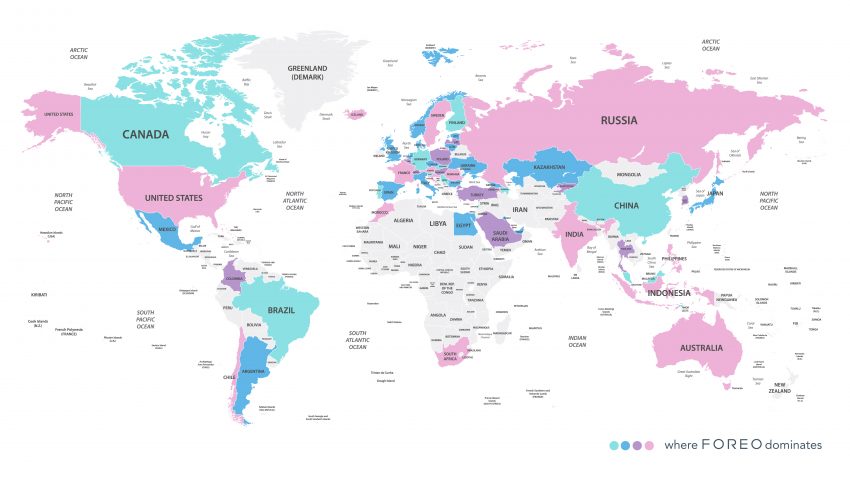 The beauty powerhouse is currently present in 77 countries worldwide, dominating the travel retail space and it can be found in more than 10,000 retailers and marketplaces globally.

To protect its 20 million customers, every FOREO product has its very own unique serial number that can be confirmed with the brand directly by registering on its warranty pages.  But to make it even more simple, the latest FOREO products (LUNA mini 3 & LUNA 3) get automatically register when you sync them with FOREO app.

About the Author: marina